To improve the adhesion of polymers, a needs-oriented surface pretreatment can be performed using a plasma process. But the durability of the achieved effects varies depending on the used type of polymer and lacquer, the additives, and the environmental conditions. In this context, two research institutions have analyzed the fundamental activation mechanisms and the major factors influencing the long-term stability of the plasma pretreatment of additive polymers and lacquers before the adhesion process.

Polymer materials and lacquered surfaces are today bonded among each other or as hybrid components with other types of surfaces for numerous technical applications [1]. In doing so, the adhesive technology allows for an equal introduction and transmission of force over a larger area within the assembly, which leads to a high static and dynamic load capacity of the joined structures. 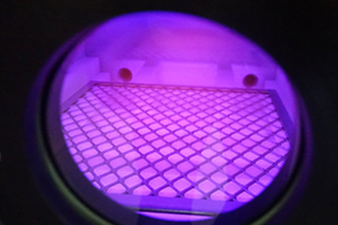 But many technical polymer surfaces require a suitable pretreatment to improve their adhesive properties – first and foremost because of their low surface energy, but also because of contaminations resulting from the production process [2-4]. In this context, different pretreatment processes such as grinding, blasting (including vacuum and CO2-snow blasting) and aqueous and solvent-based processes are used depending on the application [3-8].

Although these methods can remove disturbing contaminations and undefined edge layers from the substrate surface, they hardly cause a chemical surface modification. Therefore, many low-energy (nonpolar) polymers require so-called activating pretreatment processes, which specifically create polar functional groups in the surface. These groups provide an improved wettability for the applied adhesives and reactive interactions are partly made possible [8]. Environmentally friendly, dry chemical processes like plasma processes in the low-pressure (ND) or atmospheric pressure (AD) range are often used for this purpose [8-12]. The cleaning effect (removal of contaminations) while simultaneously activating the surface of the adherend can improve the wettability and adhesive properties of the originally nonpolar polymers significantly.

ND -plasma procedures offer the advantage of a homogeneous functionalization of complexly formed component surfaces and even bulk material in a batch process. Apart from this, ND -plasma discharges can be conducted at low process temperatures (typical operating temperature: 30 °C till 80 °C), so that temperature sensitive polymer materials can be treated with this kind of plasmas as well. AD -plasma techniques are perfectly suited for a local, inline-capable activation of components. The higher energy flows compared to ND -plasmas can be adjusted to the temperature resistance of the treated polymers by choosing the right discharge excitation and process parameters [13].

However, the activation effects which can be obtained by plasma treatment often show a limited long-term stability (e.g. [13-16]). One reason for this is the reorientation of the polymer chains with the created functional groups [17] and/or the deposition of chemical compounds (adsorbates) from the air on the plasma induced hydrophilic centers [14]. In this context, the potential decrease of the plasma activation does not only depend on the open time after the pretreatment, but rather on the environmental conditions (temperature, humidity) and the type of polymer (degree of cross-linking and mobility of polymer chains) [18-20]. Another important reason for a possible decrease of the obtained plasma activation effects are the different additives/fillers currently added to almost all technical polymers. These substances can migrate from the bulk material to the treated surface [18, 21] and have a negative influence on its wettability and adhesive properties [22]. Finally, the reactive plasma species, their interaction mechanisms with the polymer or lacquer and thus also the degree and stability of the surface functionalization depend on the used plasma source and the chosen intensity of treatment [23, 24]. To provide research results for several industries, different polymer- and clear lacquer-systems have been analyzed as polymer substrates and, considering common applications, bonded with a 1k- and 2k polyurethan adhesive and two acrylate based adhesive tapes (table 1). All chosen substrates show a poor wettability and poor adhesive properties in untreated condition.
To systematically examine the stability of the activating effects, the plasma treated polymer substrates and untreated references were stored under varying external influencing factors like open times and subsequently characterized by surface and adhesive properties. The open time is defined as the time between plasma activation and adhesion process, during which the substrate is subject to different climatic conditions (A: 23 °C, 50 % rel.F., B: 40 °C, 80 % rel.F).

The plasma activation of the surface was mainly assessed by considering the surface energy values detected by contact angle measurements and their polar fraction. To quantitatively characterize the assemblies containing pasty adhesives, roll peel tests based on DIN EN 1464 [25] and, to assess the adhesive properties of the tapes on the chosen clear lacquer systems, 90°peel tests according to DIN EN 1939 were conducted [26]. By means of the processes described in the standards, the resistance to peeling can be defined as the average of the measured peeling force which is necessary to separate two joined parts. 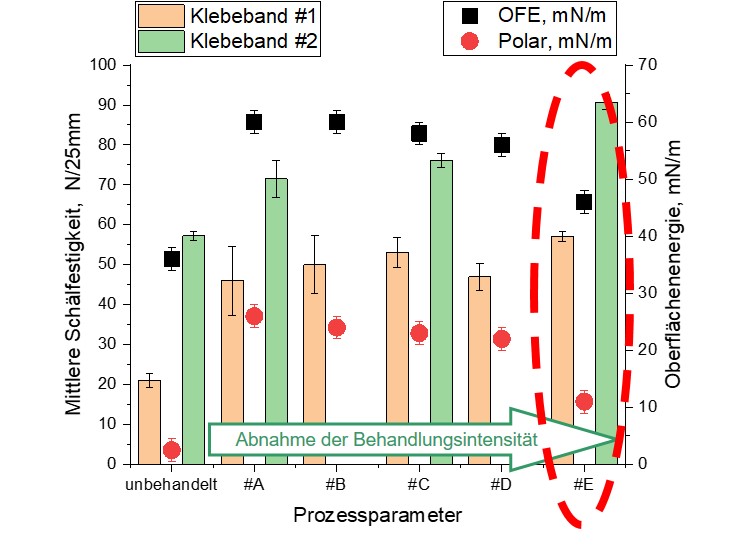 Average peel strength (DIN EN 1939) of the tapes for lacquer system (I) in untreated reference condition and with varying AD plasma treatment intensities in correlation with surface energy and polarity. (Picture source: IFAM)

To define the process parameters for the main experiments, the intensity of the plasma treatment was initially varied systematically by choosing from a wide range of decisive process parameters. The choice of parameters was then evaluated regarding their influence on activating processes implying different systems and materials. In the AD range, different distances between plasma nozzle outlet and substrate surface, process speeds and numbers of process cycles were used. In the ND range, the focus was on experiments on the influence of plasma power and process time. For the evaluation, the change in surface energy (polarity) of the substrates was measured directly after the pretreatment and subsequently correlated with the results of the adhesive tests. 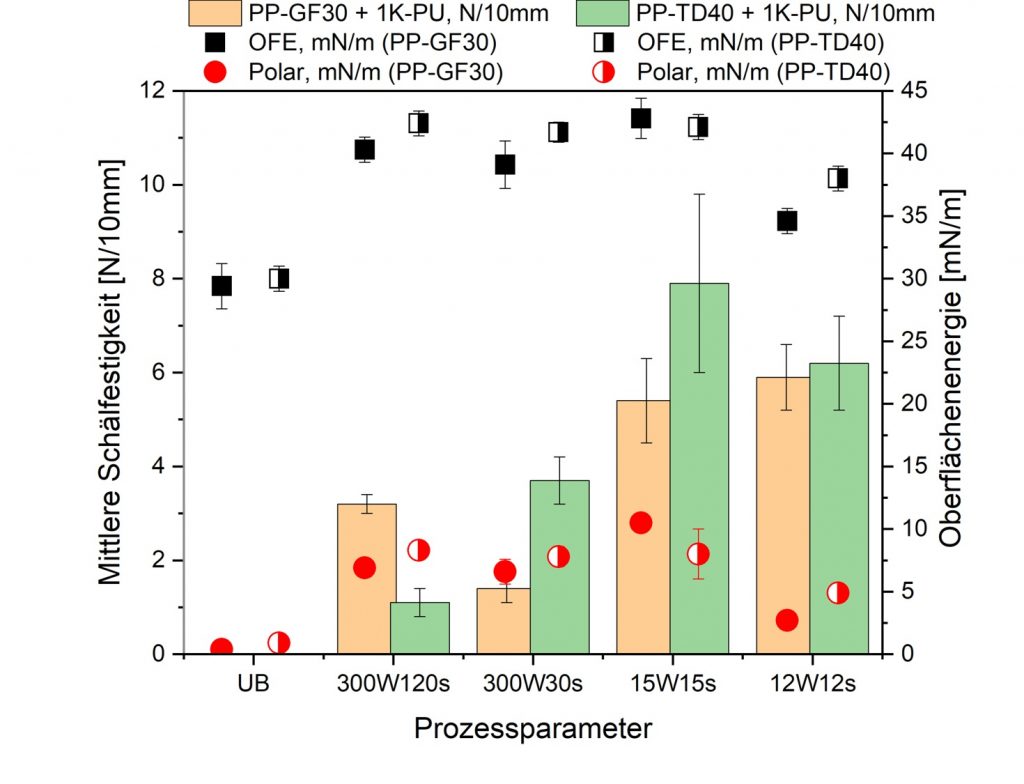 Average peel strength (DIN EN 1464) of the PP-1K-PU-bonds in untreated reference condition and with varying ND plasma parameters in correlation with surface energy and polarity. (Picture source: LWF)
Picture 1 and 2 show the measured average peel strengths at the examined lacquer systems and pp-substrates compared with the surface energy values obtained. All the conducted plasma processes show a significant increase of surface energy values, especially of the nonpolar part, compared to the untreated (UB) condition. The degree of activation correlates with the intensity of the plasma treatment. During the adhesive tests, the untreated pp-substrates are subject to adhesive failure (AF) over the entire length of the adhesive layer already when inserted into the peeling device. While the untreated substrates allow for a poor or hardly any adhesion of the adhesive, the highly treated samples show a significant increase in average peel strength compared to the untreated references. However, the best adhesive strength is obtained with the parameters for lower intensity treatment. The percentage of cohesive failure in the adhesive (CF) increases when the treatment intensity decreases. Even a low activation leads to an almost 100% cohesive failure directly after the plasma treatment of the surface. This clearly shows that the often-claimed simple correlation between surface energy and adhesion does not exist in that way.

Average peel strength (DIN EN 1464) of the PP-1K-PU-bonds in untreated reference condition and after ND plasma treatment (PP-GF30: 12W12s; PP-TD40: 15W15s) depending on open time during storage A (left) and B (right) in correlation with surface energy and polarity. (Picture source: LWF)
Picture 3 shows that an increased open time leads to a decreased wettability of the pp-substrates through the decrease of the polar fraction. The process proceeds more quickly during storage B, but after 28 d of open time, the values are still above the untreated reference conditions. The adhesive tests also show a decrease of the average peel strength for both pp-systems already after 1 d. But, also here, adhesion is still remarkably improved after 28 d compared to the untreated reference regardless of additives and storage conditions.

Average peel strength (DIN EN 1939) of the tapes for lacquer system (I) in untreated reference condition and after AD plasma treatment (process parameters #E) depending on the open time during storage A (left) or B (right) in correlation with surface energy and polarity. (Picture source: IFAM)
Picture 4 shows the development of the average peel strength of the tapes exemplified by lacquer system (I) depending on the open time. Under both storage conditions, the detected strengths show strong correlations with the measured surface energy and polarity values. But neither here do the values decrease to the untreated reference condition’s level. After 28 d of open time, both tapes still show approx. 78% (storage A) and approx. 65% (storage B) of the peel strength measured directly after the plasma treatment.
In general, it can be concluded that lacquer- and pp-systems show a high long-term stability of the activating effects obtained by plasma treatment under both climatic storage conditions. 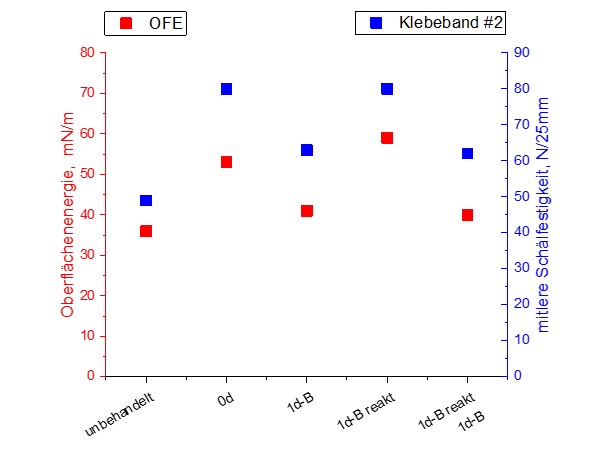 Average peel strength (DIN EN 1939) and surface energies for lacquer systems (I) during AD plasma reactivation tests (plasma process parameter #E). (Picture source: IFAM)
To analyze a possible reactivation of the plasma activation effects, which have decreased during open time, exemplary tests have been conducted with lacquer system (I). After 1 d of open time in storage B, the plasma treated samples were treated once more (reactivated) with the same process parameters and subsequently again stored in storage B. As shown in picture 5, the decreased surface energy and peel strength values (1d-B) could be increased to a level which is comparable to the degree of activation measured directly after the first plasma treatment (cf. 0d and 1d-B reakt). But the degree of activation obtained a second time decreases to a similar degree during the open time as it did after the first plasma treatment (cf. 1d-B reakt. 1d-B).

Summary
The research topics of this study were a comprehensive scientific consideration of the activating mechanisms on polymer surfaces pretreated with plasma processes for adhesion and the characterization of the long-term stability of the achievable activating effects. In this context, different polymers containing additives or fillers and lacquer systems were pretreated with ND and AD plasmas, subsequently stored under defined climatic conditions, and characterized by means of non-destructive and destructive tests at certain points in time. This allowed for a systematical examination and analysis of the wettability and adhesion properties of the used adhesives depending on polymer type, treatment intensity, open time, and storage conditions before the adhesion process.
As a first step, the used process parameters were varied within a wide, application-relevant range and the resulting degree of activation was described. It could be demonstrated that a plasma treatment leads to an increase in surface energy values and a stronger adhesive bond, whereby the surfaces are sufficiently activated when a low treatment intensity is applied.
With increasing open time, a decrease of the activating effects obtained by plasma was observed and characterized, which as expected led to a decrease in the plastics’ wettability. However, the often-claimed simple correlation between surface energy and adhesion, or rather stability of the resulting adhesive bonds, could not be determined during the conducted tests.
In overall terms, the tested substrates still showed a significant remaining degree of activation after 28 d of open time, which still implies a significantly improved wettability and adhesion of the polymer surface compared to the untreated reference.

Funding note
The IGF research project „OffPlas“ (IGF-Nr.: 19661 N) by Forschungsvereinigung Dechema e.V. [Research Association Dechema], Theodor-Heuss-Allee 25, 60486 Frankfurt am Main, was funded via AiF under the Program to Promote Joint Industrial Research and Development (IGF) by the Federal Ministry of Economics and Technology according to a decision of the German Federal Parliament. We would like to thank the Research Association for financial and organizational support. We would also like to thank all our cooperating industry partners for their excellent cooperation. 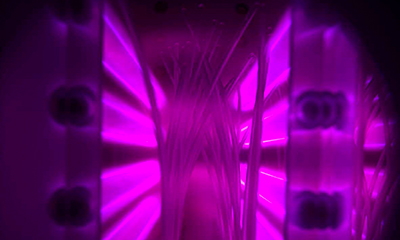 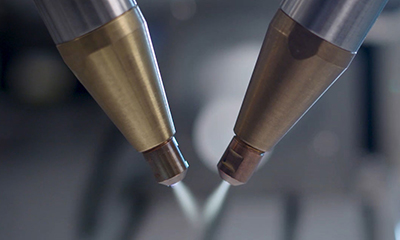 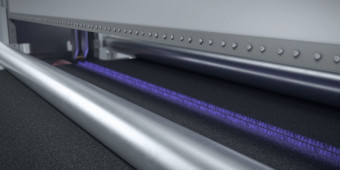 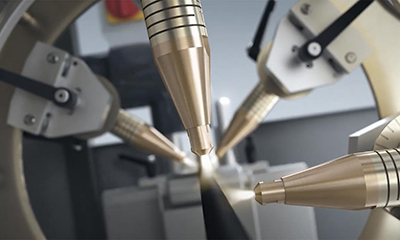 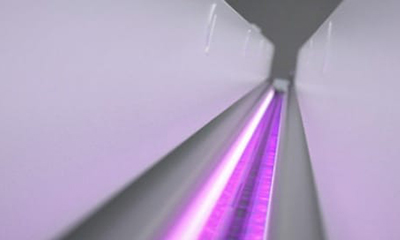 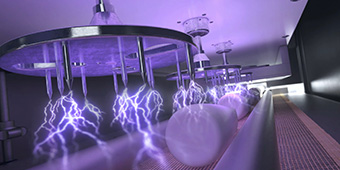